Why Cider Can Be Profitable for Your Beverage Program

Cider is profitable. In fact, this premium beverage category sells for more than double the price of total beer sales, but we'll get to that in a bit.

First, let's talk about what cider really is. From a production and marketing standpoint, cider is bottled and marketed like both beer and wine. It's usually made with apples, and particular varieties like the Brut ciders grown in the Normandy region of France are often bottled like wines. In other places like the United Kingdom or the United States, hard ciders can be bottled like beers and are even marketed as gluten free alternatives to beer.

Some ciders are produced by large, mass market beer companies. Others are devoted to local, craft production. And while large cider producers still account for the majority of the sales in the United States, studies from Nielsen show that craft production is gaining more and more market share, with the craft segment passing 20 percent of overall sales earlier this year for the first time ever.

Why are craft cider sales significant? This goes back to the price point we referenced above.

According to Nielsen, when compared to mass production, craft cider sells at "a significant premium price" that is shown to command more than double the price of an operation's overall beer sales.

When you couple that with an increase in the number of sales, this represents an enormous opportunity for a beverage program to not just differentiate itself, but to make more money in the process.

What are the fastest growing cider opportunities?

Studies show that more and more cider is being consumed in sports bars, premium bars, fast casual dining segments, and even theaters. Of this growth, draft cider is outperforming packaged cider by a rate of almost three to one.

Even cocktail drinkers are interested in cider. Driven by Millennials and Gen Xers, 17 percent of cocktail drinkers report drinking cider-flavored cocktails, meaning cider isn't just limited to the beer glass, so to speak.

And speaking of glassware, it's really important to serve cider the right way in order to fully experience the benefits, both as an operator and a cider consumer. Like all beverage styles, the right glass will allow the aromas and flavors of the beverage to realize their full potential.

If you're serving American cider, for example, the right glass will harness the strength of any particular apple contained in the cider, while allowing common spice notes like ginger, vanilla, and cinnamon to shine.

The cider glass from Luigi Bormioli, for example, is specifically designed to complement and enhance any cider. Dry or sweet, clear or dark, fall is the perfect time to serve your favorite cider in Luigi Bormioli's Birrateque cider glass. 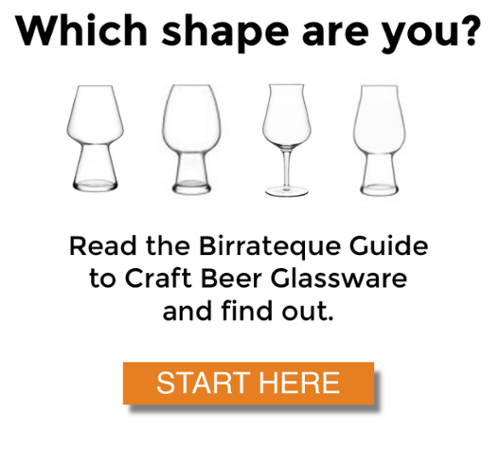