A Brief History of the Spoon 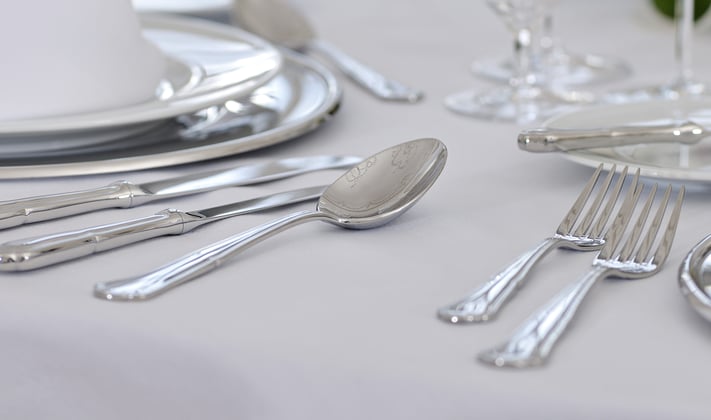 For as long as humans have been eating, they’ve needed an eating utensil to scoop up the food. Sometimes cupping your hands just didn’t do the trick. And that’s when the spoon took its rightful spot at the table.

Much like its fellow tabletop mates, the knife and fork, the design of the spoon is simple. Take a smaller version of a shallow bowl and attach a handle to it. Voila! You’ve created the spoon. But the history of the spoon wasn't as simple as that.

The word “spoon” derived from cochlea in Greek and Latin, meaning “spiral shell,” because shells were often used as spoons early on due to their shape and size. It wasn’t until bones were attached as handles that the spoon we know today began to really take shape.

The earliest iterations of spoons were made from materials that were most readily available to the ancient civilizations that utilized them. Nearly every civilized part of the world used spoons in one form or another throughout history.

Historians can’t determine the exact time the spoon was invented, but archaeologists can point to evidence around 1000 B.C. of spoons from Ancient Egypt, made from wood, ivory, flint, and stone, and adorned with hieroglyphics or religious symbols. These utensils were strictly owned by Pharaohs or other deities.

In other parts of the world, spoons from the Shang Dynasty in China were generally made of bone. The Ancient Greeks and Romans, specifically the wealthy ones, began fashioning spoons using bronze and silver. This continued up until the Middle Ages, where spoons would be crafted out of cow horns, wood, brass, and pewter. If it could be shaped, it could be a spoon.

The earliest mentions of the spoon in England can be dated back to 1259 where King Edward I’s wardrobe accounts make mention of spoons. Not only were spoons used as eating utensils during that time, but much like Ancient Egypt, spoons carried significance in ceremonies as a sign of wealth and power. During the coronation of a new British king, the newly appointed sovereign would be anointed with a ceremonial spoon.

Pewter became the common material for spoons in the 14th century, making them more affordable for much of the lower and middle classes. The 15th Century saw the only real variant of the typical design, a folding spoon that could fit in pockets for easy travel. One could argue it was the first grab-n-go utensil.

During the Tudor times in the 16th Century, sets of Apostle Spoons, or spoons with an image of a saint or apostle at the end of the handle, became common christening presents. Soon, christening spoons with materials that reflecting social classes, were common for all walks of life. The wealthy were literally born with silver spoons in their mouths.

The spoon saw several design changes throughout the Renaissance and into the 18th century. It was then that the modern design, a narrow, elliptical-shaped bowl with a rounded end of the handle, stuck for the centuries that followed.

In today’s foodservice industry, there are spoons for every type of preparing and serving need. Restaurants and other foodservice operations utilize spoons for consuming food, like savory soups or decadent gelato, mixing and stirring ingredients, and for measuring. The size may vary, but the simple, yet sophisticated shape of the spoon remains unchanged.

Discover tips for selecting the right flatware for your foodservice operation by downloading our free Flatware Selection Tips. 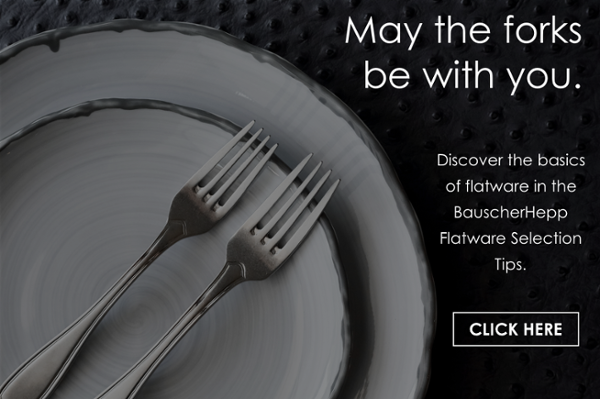